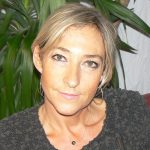 Overview of current methodologies and standards for assessing plastic biodegradation

The increasing pollution of aquatic and terrestrial environments by plastics has driven discussions on the potential of using biodegradable instead of conventional, nonbiodegradable plastics to alleviate this environmental issue. Plastic biodegradation is a multistep process in which microorganisms in a plastic-receiving medium are able to utilize the organic building blocks of that plastic for their metabolisme. The plastic is thus utilized both to gain energy under the formation of carbon dioxide in oxic (aerobic) systems and of carbon dioxide and methane in anoxic (anaerobic) systems, and to form new cellular biomass. Therefore, assessing biodegradation of a given plastic first requires quantitative measurements of the conversion of the plastic carbon into CO2 (or CO2 and CH4). Second, these respirometric data must be rigorously interpreted in the context of specific incubation conditions (e.g., time, temperature, relative humidity) and the key polymer properties. Thus, the rate and speed of plastic biodegradation in a given medium are directly linked to its design (chemical composition, crystalline structure, shape and thickness, etc.) but are also strongly influenced by environmental conditions, such as physical-chemical (temperature, humidity, pH, etc.) and microbiological parameters (concentration, type and diversity of microorganisms).

For this reason, the claim of the biodegradable character of a plastic is regulated by numerous and various standards. All these standards require demonstrating microbial utilization of the plastic through respirometric measurements and provide detailed and accurate guidance for conducting and reporting on respirometric analyses in specific environments depending on the medium the plastic waste will end up i.e., either in natural environments (soil, freshwater and seawater) or in controlled environments (industrial composting, domestic composting and methanization).

This presentation aims at providing an exhaustive panorama of existing standards on plastic biodegradability both in waste recovery sectors, such as industrial and domestic composting and anaerobic digestion, as well as in open natural environments (such as soil, fresh water and water sea) to clarify the complex and redundant links between these standards. A critical analysis will be also proposed to underline the specify strengths of these texts and identify key opportunities for improvement.