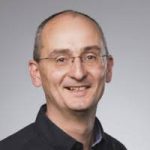 The production of microalgae in Europe is currently limited to a few small industries, mainly for the nutrition and cosmetic markets. This sector is ripe for further expansion. However, creating economically viable and sustainable methods of growing large quantities of microalgae with consistent quality and converting them into successful commercial products that the markets accept remains an industrial challenge. In this context, the commercialization of high value compounds sourced from microalgae could grow the existing industry considerably, while process and product innovation based on new technologies and clever biorefinery schemes could open new markets.

Ended-up in July 2020, the ABACUS project was a 3-year collaborative initiative funded by the BBI JU and the EU under the H2020 programme [1]. It gathered 2 large industries, 3 algae SMEs and 4 RTOs. Its workflow associated several interdisciplinary approaches, including the technological development of algae production processes to optimize photosynthetic growth and yields in target metabolites in a series of pilot-scale or industrial photobioreactors. Online monitoring and automated control of photobioreactors used for algae cultivation was considered a key to process optimization and secured production of biomass and target compounds.  In addition to classical solutions already implemented at large scale for monitoring microalgae cultivation processes, several innovative probes and integrated devices were developed and adapted to provide online in-process information about biomass growth and content in target compounds. The presentation will provide an insight into some of these developments and their implementation in real cultivation scenarios performed in a variety of industrial-scale systems. Promising correlations were obtained between automatic probe readings and manually followed growth and target product content.