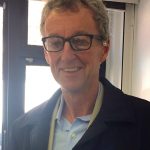 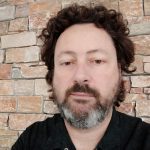 The marine environment covers more than 70% of the earth’s surface. Life appeared there over 3.8 billion years ago and it is the largest reservoir of biodiversity. Marine microalgae produce 2/3 of atmospheric oxygen and are the first players of more or less complex food chains which provide a large part of human and animal nutrition. The most emblematic of marine ecosystems are the coral reefs which extend over more than 150,000 km of coastline. They are habitat to 25% of marine biodiversity and provide 10% of the world’s fisheries. This biodiversity and these ecosystems are increasingly threatened by anthropogenic pressures, which are often complex. The most striking visual phenomena are probably the fall in biodiversity, the disappearance of resources and the bleaching of corals. Bleaching and degradation of corals is the result of multiple pressures and the release in the environment of health products, especially sunscreens, should be considered as one of these factors. The nature, composition, specificity and behavior of solar filters in the aquatic environment will be presented during this presentation before introducing the notion of impact on organisms and ecosystems. How to define target species that are representative of this damage ?, what is known to date about the toxicity of filters ? and what are the prospects in this area ?.